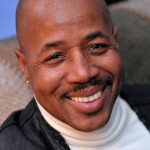 We Still Leave a Legacy- A poetry reading by Philip Robinson.

Free and Open to the Public

Medicine Wheel Productions is proud to present on Thursday, March 29th at 7pm “We Still Leave a Legacy”, a reading by the acclaimed and award winning poet Philip Robinson. A short reception and book signing with follow the reading.

Philip will read from his recently released second book of poems, We Still Leave a Legacy. This chapbook is a combination of verses written and dedicated in part to the many friends and family members that have transitioned either by way of HIV/AIDS, cancer and other life-troubling issues. Philip attempts to capture his own sense of hope, determination and remembrance. He wants people to not only hear his voice, but desperately never to forget those voices of people that make this “Legacy” possible.  He began to write “Legacy” some twenty-five years ago as he commenced his volunteer work @ AIDS Action Committee. At that time, Philip became the chair of AAC Bayard Rustin Breakfast Committee. He also experienced the loss of friends through HIV/AIDS. Philip became diligent to praise the work of others who had gone on before him/us. He was determined to live by the mantra; “We stand on their shoulders.”

Philip is the Student Development Counselor at the Oliver H. Perry K-8 School in South Boston where he continues to be inspired by his experiences working with youngsters he counsels in the Boston Public Schools.

The poetry reading is in conjunction with the exhibition at Medicine Wheel’s Spoke Gallery, “Points of Impact” by visual artist Linda Burke.Philip
*Photo is courtesy of Craig Bailey/Perspective Photo

About Philip Robinson:
Philip started writing poetry in the late 1960’s during his years at Emerson College as an undergraduate and also at Boston College during graduate school.  He is anthologized in The Road Before: Us 100 Gay Black Poets, In the Life, A Black Gay Anthology, When The Drama Club Is Not Enough, and The Last Closet the real lives of lesbian and gay teachers, and Life in Our Own Words. He also published his first book of poems entitled, Secret Passages: a Trilogy of Thought.

Medicine Wheel is located on the second floor of 110 K Street, which is at the corner of K Street and East First Street in South Boston, MA 02127. Street parking is available.

By Bus:
Number 9  Bus - You can catch it at Boston Public Library/Copley- or at the Broadway Redline Stop.

* If you’re interested in hosting your own event in MA you still have time.
You can sign up at the main 100 Thousand Poets or Musicians for Change by clicking this * official signup page link